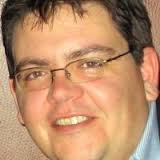 Podcast: Download |  Torrent |  Magnet
Seeders: 1   Leechers: 0
Subscribe with iTunes Subscribe via RSS Subscribe with Android
In this episode Brian Newman, CEO of SubGenre, discusses entertainment artists against the DMCA, British Lords against copyright trolls, and Dutch film producers suing ISPS. Brian brings fresh perspective on the question of whether piracy’s really hurting indie film producers – and argues that piracy may not be a failure of morality, but of business.