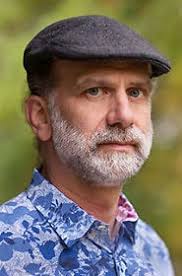 Embedded in an increasing number of the devices and objects surrounding us, computers are turning the everyday world into a radically programmable attack surface.  This is the subject of computer security & cryptography legend Bruce Schneier‘s latest book, Click Here To Kill Everybody.  In this episode we meet up with Bruce to explore how the profusion of insecure devices, capable of being put to a variety of unpredictable purposes, is radically shifting the balance of power. Via cyberattacks, smaller states get the ability to content with the great powers — and an entirely new class of ‘non-state actors’ are being granted the power to disrupt nations.

Phenomena like the Mirai Botnet, Bruce argues, are just the beginning: we discuss a host of potential attacks on life and property, from car and thermostat hacking to ransomware against hospitals — and how ‘surveillance capitalism’ is one of the most important vectors behind this worrying new paradigm.