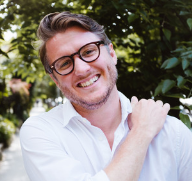 This episode features returning guest Sam Woolley, whose new book ‘The Reality Game,’ examines the new frontiers of ‘fake news’ and the idea that the next wave of technology will ‘break the truth’. We discuss the state of the art in propaganda bots, delve further into the Russian strategy of producing ‘controlled instability’ through ongoing, widespread informational attacks such as political bots, and talk about the rise of institutional distrust, which may well prove disastrous in the context of the current pandemic.

I hope you are doing okay during this tough period. During these uncertain times I’d love to connect with listeners more than ever. For that reason I’m temporarily opening the Patreon discord to anyone who wants to join — just email me at [email protected] and I’ll send you an invite. At times like this we all benefit from exchanging information and ideas about what we should be doing and how to survive whatever comes next.